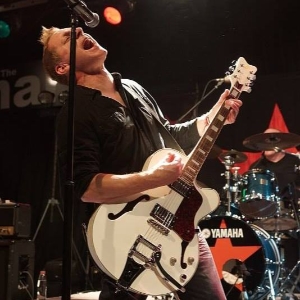 Doors 8pm
Date: Friday, 7th April
Formed in 1997 they are one of the longest serving tributes to any artist in the UK. The 4 piece band are based in Teesside, England and replicate live performances that can only be surpassed by Bryan Adams himself.
The part of Bryan Adams is played by Stuart whose resemblance not only in vocals but also appearance is so remarkable to the extent that to many watching, Stuart is Bryan Adams in all but name.
With a vast repertoire of material covering his entire career, the band reproduces a Bryan Adams concert to perfection from the heartfelt ballads of Heaven, Please Forgive Me and Everything I Do, the hits of Cloud No9 and When Your Gone to the fist waving rock of Kids Wanna Rock, Can't Stop This Thing We Started, Summer of '69, Run to You and The Only Thing That Looks Good On Me Is You.
_________________