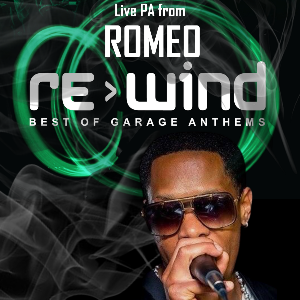 With LIVE PA from Romeo!

The Picturedrome are pleased to bring you an evening with Romeo for our next Rewind event.

Romeo first found fame with the garage group So Solid Crew and enjoyed world wide success in the early 2000. So Solid have been credited for being pioneers in the UK music scene and for bringing the scene to the mainstream.

Romeo released his solo album Solid Love in November 2002, through Relentless records, the label that So Solid had just left for Independiente.

DJ Meze MAz & Myles D'arcy will also take the stage to bring you another great night of classic garage anthems.